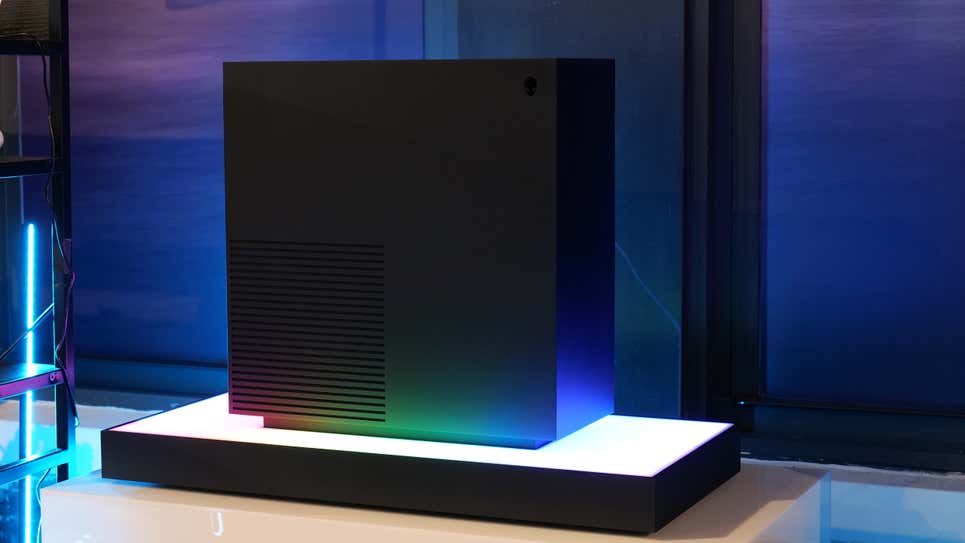 Alienwares Concept Nyx is the Gaming Setup of Our Dreams

It’s a gamer’s nightmare scenario, and one that happens all too often. You get back from work ready to unwind, and a roommate, spouse, or sibling is hogging your gaming desktop or laptop. Or, in an equally stressful scenario, someone is binging the entirety of Squid Game on the monitor or TV you use to gun down Spartan noobs (or whatever). If only your games weren’t tethered to a specific device, and that device wasn’t connected to a single screen. Alienware thinks it has a solution, but let me preface this by saying it isn’t one you’ll be enjoying anytime soon. Announced in the build-up to CES 2022, the company’s Concept Nyx is a vision for the future in which a single game streaming server in your home is capable of streaming multiple instances simultaneously from a central game library. It’s all pretty conceptual in its current stage, so let me break some of that down for you.